The guests of the business platform-forum “Woman of the Third Millennium” were heads and representatives of foreign and Russian women’s organizations and communities, CCI and other structures.
The first to greet the guests of the forum was the President of the International Women’s Club (IWC Moscow) Mrs. Tobi Shawabkah, the spouse of the Ambassador of the Hashemite Kingdom of Jordan to Russian Federation. 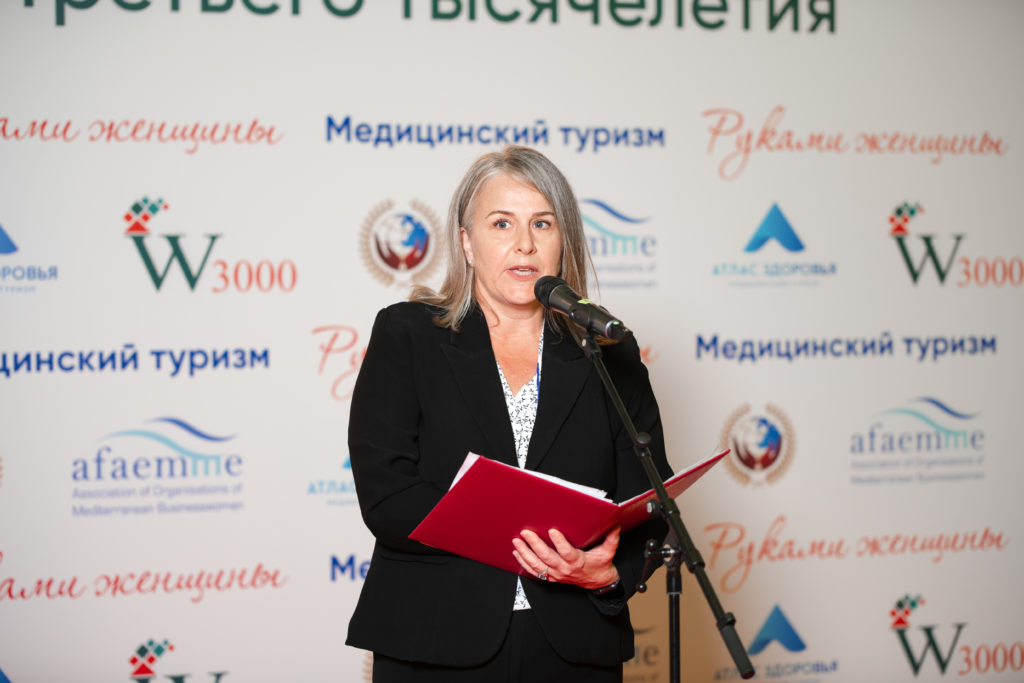 In her speech, Tobi Shawabkah welcomed the guests of the “Woman of the Third Millennium” platform and thanked the International Women’s Union for the opportunity to speak on behalf of the International Women’s Club of Moscow and The Hashemite Kingdom of Jordan.
In her speech, the spouse of Jordanian Ambassador mentioned the sustainable development goals of Jordan, the establishment of the Jordanian Women’s Union as one of the most famous and influential women’s organizations in the Arab world, the charity organizations, as well as the charity activities of IWC that benefit local children, women and marginalized groups.

The welcoming speech was also made by:

Following the results of the business platform, it was decided to create an International discussion club “Woman of the Third Millennium”, with the involvement of international experts from various fields of small and medium-sized businesses, art, medicine and other areas.

“Women in business are not only profit at any cost, but also caring for people and social support” – Speaker of the Federation Council Valentina Matvienko.